All About Amicalola Falls

The heavenly ground of Amicalola Falls State Park & Lodge has a deep and rich history. From early settlement to the present day, the passing of time has produced a slew of interesting facts that make Amicalola a one-of-a-kind locale. This month, we’ll take a closer look at the early years of the modern settlement of the falls and how the park was established to become one of the most popular in the Southeast.

Early History of the Falls

The word Amicalola was derived from the Cherokee dialect and roughly translates to “Tumbling Water.” At 729 feet with seven cascades, Amicalola Falls is the tallest waterfall in Georgia and the 3rd tallest cascading waterfall east of the Mississippi River.

The first written account of the falls was by William Williamson in 1832, who was exploring the area while seeking land to claim in the Sixth Georgia Land Lottery. Based on Williamson’s eloquent description, it’s no surprise Amicalola Falls would become one of Georgia’s 7 Natural Wonders less than 100 years later.

During the Civil War, the campground was reportedly used by both the Confederate and Union forces. The mill along the creek went unscathed through the war and Bartley’s son, John Hunter Crane, opened a general store that operated through the Great Depression.

The Crane’s lands were sold to the State of Georgia in 1940 and the land was designated as a state park thereafter, making Amicalola Falls Georgia’s 12th state park. At the time of the park’s inception, the then recently opened Appalachian Trail ran through the park but was diverted in the late 1950s due to concerns of commercialization near Oglethorpe Mountain. The park now features an Approach Trail for AT thru-hikers en route to the southern terminus of the 2,150-mile pathway. The park hosts an AT hiking kick-off event every spring.

While Amicalola Falls is certainly the main visitor attraction, the surrounding 829-acre state park west of Dawsonville, Ga. offers picturesque scenery and hiking trails for beginners to experts who want to experience the true beauty of the North Georgia Mountains. 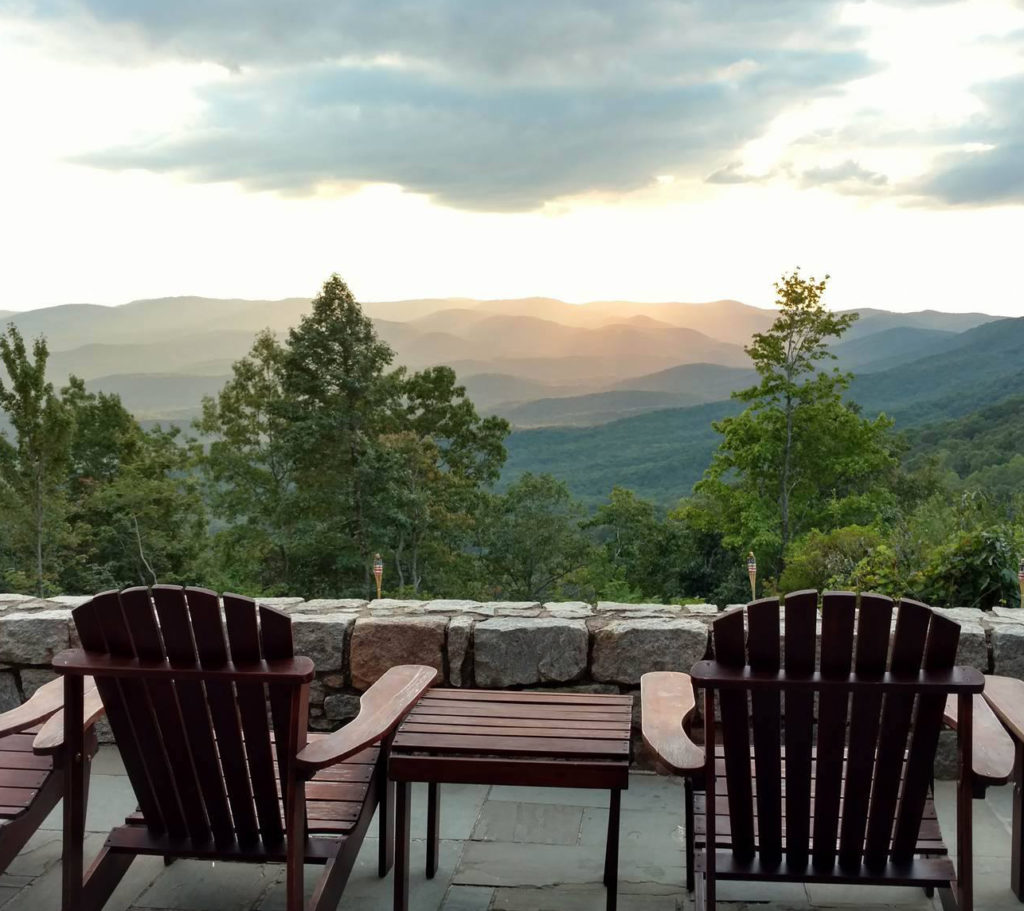 Amicalola Falls State Park is one of five Georgia State Parks with lodging and a restaurant and it is the only state park that offers a public Birds of Prey program. The modern Lodge has 57 guest rooms and conference facilities, while the park features cabins as well as RV and tent camping. Many visitors choose to stay on site because of the quality lodge, cabin and campsite facilities and the proximity to great outdoor family adventures. The Georgia mountain resort is also a popular location for destination weddings and is a premier base for fall foliage sightseeing.

Hiking the Park & Beyond

As the unofficial start of the Appalachian Trail, more than 2,500 thru-hikers begin their trek to Mount Katahdin, Maine from Amicalola Falls State Park each year. The trailhead behind the Visitors Center is marked by a stone archway that has become an iconic symbol for experienced trekkers and weekend ramblers who make the ascent toward the legendary southern terminus at Springer Mountain, 8.5 miles away.

Including the Approach Trail, 10 total trails emanate from the park. The trails vary in difficulty and, thanks to the forethought of the park’s developers, several trails allow for accessible views of the falls for visitors of all ages and abilities.

Beyond the park’s borders lie the Chattahoochee National Forest and the famed Len Foote Hike Inn. Accessible to hikers on foot only, the Hike Inn provides guests spartan amenities and big doses of peace and quiet. Guests of the Hike Inn must check-in at the park Visitor Center by 2 p.m. to receive permission to start the trek to the remote location. The Inn is a sustainably designed facility that’s integrated with its tranquil Chattahoochee National Forest environment.